All times in UTC+8, Singapore Time

All times in UTC+8, Singapore Time

13:15 Gameplay & Feedback Session [3H] Participants will be able to sit down at the Game Studios' tables and play the available Demos at the conference, as well as speak to the Studio Head participating in the event. 16:15 Voting Session Offline Participants will be given a QR code to scan to vote on their Top 3 Games. 17:00 Top 10 Announcement
GTR
André Bernhardt, 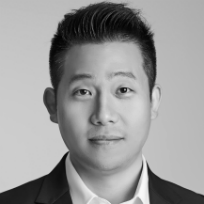 Co-founder & COO
Global Top Round
Rick has vast experiences in growing new businesses set out for global expansion. He has over 14+ years of managerial experience in the field of corporate strategy, business development and operations covering a range of business areas in gaming publishing and monetization in addition to other online businesses from leading corporations such as Electronic Arts, Naver, Hangame and Samsung Electronics.

Rick has an MBA from the Fuqua School of Business at Duke University. He brings to GTR a solid foundation and understanding of the industry and is committed to help grow the GTR ecosystem. 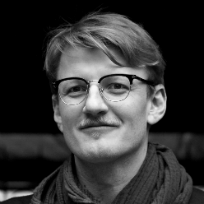 Business & Networks Support
GTR
André Bernhardt has been part of the games industry for the past 18 years and is very experienced within the online, as well as "offline" and mobile game publishing industry. He worked at different PC, console and mobile publishers like Sony Computer Entertainment, Sunflowers, RTL Games and Travian Games before he founded IndieAdvisor in 2012. Since then he is working as a freelance agent supporting developers to find a publisher and vice versa while teaching at different high schools or giving lectures at games conferences where he also organizes indie exhibitions and events. Indie Advisor offers external business development for developers, start-ups and publishers. In 2015 he then founded Target Games together with Thorsten Unger and became the European partner for GTR.

At GTR he is focused on getting more European developers, publishers and service providers to join the great GTR ecosystem. 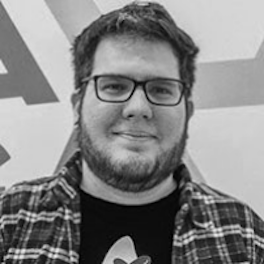 One of the most well-known developer on the Brazilian industry, with 12 years of experience, Mark acted as game designer and producer on titles such as Relic Hunters Legend, Chroma Squad and Dungeonland. 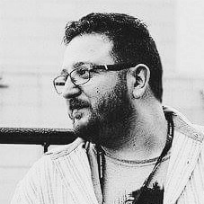 Worked at OMUK, one of the UK's leading Dialogue production studios for the games Industry as well as working previously with their main competitor, Side (Now owned by PitStop Productions) on multiple AAA projects.

Also worked extensively with several other small indie game studios in the position of sound designer, composer, game designer and project manager/producer, often all at the same time. I've had the pleasure of working with some incredibly talented people on some really fun projects, some released and some that unfortunately never saw the light of day. I like to wear many hats and get involved in all aspects of the game development process. 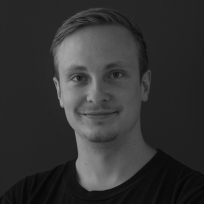 Director, Business Development
GTR
Pontus “Zlapped” Mähler is a professional gamer and entrepreneur who has won multiple tournaments globally as well as receive multiple awards for his performances over the years. His main focus was always technicalities and how he could improve on a fundamental and mechanical level, which he then applied to all steps of his career.

With a move to Thailand the year of 2016 he shaped the next step of Thai & Foreign eSports placing top 3 in 4 tournaments in a short amount of time with no english speakers and then transitioning into the role as CEO of the organization in just under 3 months of playng for it.

At GTR, he provides valuable, professional opinion after playing GTR games, and promotes games with his influencers’ network

Co-Founder & CEO
Studio Black Flag
Adrien is a dedicated video game crafter, who’s super versatile and can fit a lot of roles in the game industry. He loves developing stories and working on game design. He founded Studio Black Flag with his team and will focus on creating original games and stories, promote indie and other initiatives for the gaming industry.

CMO
SuperTree
Mark Lee has 14 years’ experience in business strategy development as a serial entrepreneur, private investor, author and columnist of The Herald and Kyunghyang News. After starting his career at Korea Telecom in business strategy and content investment, he has led many successful marketing campaigns and generation strategies for Gamevil, Longtu Korea, and various companies. As a co-founder of 3 start-up companies in Korea, he has been an executive charged with helping formulate, facilitate and communicate an organization's plans for the future including 2 successful M&A deals. Currently, he is a CMO at SuperTree

COO
Gaming Malta
Ivan is the Chief Operations Officer for the Gaming Malta Foundation. Prior to joining GamingMalta, Ivan was CEO for an advertising agency, TBWA/ANG across both Malta and Greece. He was instrumental in leading his agency to win major new business accounts including Bank of Valletta and servicing blue-chip clients such as McDonald’s, Nissan, and Mr. Green.

He has also held senior marketing roles in the private sector focusing on beverage and retail specifically with Simonds Farsons Cisk pls, Malta’s largest brewer. In his current role, Ivan is responsible for promoting Malta as a “Home of GamingExcellence” spearheading GamingMalta’s projects in three main verticals: iGaming, Video Gaming, and Esports. Due to his industry expertise, Ivan is regularly invited to speak as a keynote speaker during high-profile gaming conferences. In 2018, his work was rewarded by the Malta Gaming Awards when he took home the Outstanding Contribution to Gaming Award.